The pros and cons of a Spanish school
Tweet 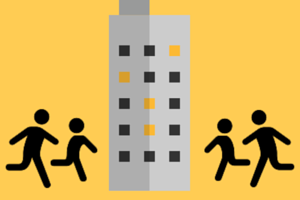 A Spanish school has also some advantages, especialy when you know you will be living in Spain for a longer period. The only question is: what exactly are the benefits? This article may provide some insights in those advantages.

1. One of the big advantages of a Spanish school is the integration. The school is also a meeting place. It has a social function. By sending your child to a Spanish school, he or she will meet other Spanish children. This also means that as parents you will be integrated easier into Spanish life.

2. Another benefit is the knowledge of the Spanish language. If your child goes to a Spanish school, it will hear, read and speak Spanish on a daily basis. Your child will therefore learn Spanish more quickly and better than children at a school where the language of instruction is your native tongue or another foreign language, like English. Your child will be truly bilingual (Spanish besides the mother tongue) if it attends a Spanish school for many years. It is to be adviced to teach some basis principles of Spanish, so your child can communicate more or less in Spanish. A course in advance should be recommended.

3. Your child will get to know the Spanish culture, tradition and habits better.

5. Your child builds up tight friendships. It doesn´t have to deal with welcoming and saying goodbye to friends every school year as an international school.

6. Another advantage is that a Spanish school can be less expensive, compared to an international school. Spanish schools can be divided in public and private schools. Public schools offer free education. Concertados are private schools subsidised by the governent. This means that the salaries of the teachers will be paid by the government, whereas the rest of the costs will be borne by the parents. As a result, an international school will be twice as expensive as a concertado.

A public school is free (although you have to pay for the lunch and the books), a concertado will cost you more or less € 300 and a private school € 600 per month. Beware: these are just guidelines. The exact contribution differ from school to school.

7. At a Spanish school the schooldays are generally speaking longer than in other countries (for example The Netherlands). That is why other activities are involved as well. Besides the 'regular' education, Spanish schools pay attention to sports, languages or music. Playing chess, judo, dancing, swimming, entrepreneurship and even learning Chinese may belong to the possibilities.

On the other hand the cons should be discussed as well:

3. Different school system. The Spanish school system is sometimes more rigid. Sometimes parents complain that their children have to learn by heart too much. Children are seen as mini-adults with a lot of homework. Sometimes there is too little space for just playing and creativity.

In short There are pros and cons when opting for a Spanish school. It is important to consider these before you decide whether your child should go to a Spanish school or not. Have yourself informed to make a well-considered decision.

Do you want support in looking for a good school? Find out more about our package.